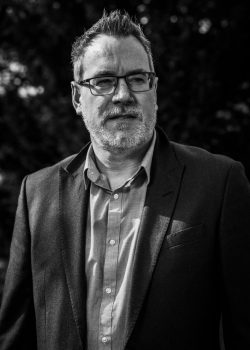 Sector Experience
Contact
Social Media
Linkedin
Paul Disley
Paul has worked in Risk and Value Management for over 20 years facilitating decision making across a broad range of sectors. He holds the International Diploma in Risk Management from the Institute for Risk Management (IRM) and is also an experienced Value Manager.

Paul’s career in risk and value started in a small independent consultancy in 2000 where he implemented risk and value management on various rail and gas pipeline projects. He then joined Turner & Townsend (T&T) where he combined the disciplines of risk and value management along with general management consultancy to facilitate decision making and help clients optimise value and uncertainty within their projects and organisations. He worked across a broad range of sectors including light and heavy rail, nuclear decommissioning, and numerous local and national government departments amongst many others. Paul joined Faithful and Gould (F+G) in 2007 where he had a similarly varied workload including facilitating risk and value management and analysis to support decision making for projects involving rail, nuclear decommissioning, museums, art galleries, schools, hospitals, pharmaceutical facilities along with supporting an oil exploration project in Malaysia along with Dublin Airport Terminal 2 and Dublin Metro.

Paul worked on a freelance basis from 2011 where his initial role was at Sellafield improving the general risk and analytical processes and culture on a variety of decommissioning projects. He also worked with Network Rail, where his role included utilising value management techniques to facilitate key decisions and undertaking schedule risk analysis to inform go/ no go decisions on delivery of rail infrastructure improvements. Paul then provided dedicated risk management support to the Kings Cross Station Remodelling scheme in London where he engaged a wide variety of stakeholders in the effective management and modelling of risk on this complex multi-disciplinary scheme. Other clients that he also supported include Transport for Greater Manchester, Highways England, Ministry of Defence along with several international projects including an open cast gold mine in Chile, autonomous transport link in Dubai and the Doha Metro for the 2022 World Cup in Qatar.

Since joining his other partners in optimise, amongst a range of other clients, Paul has been working with Rolls Royce Submarines in Derby; providing ongoing risk management support, mentoring and training for his team and the wider business along with cost and schedule modelling for site regeneration and ongoing production projects reporting into the Ministry of Defence (MoD).