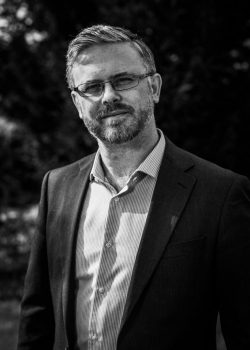 Having held a variety of senior GRC roles throughout his colourful career, Paul has amassed 20 years’ of experience and acquired a wealth of knowledge in every aspect of Risk Management.

Offering only a keen willingness to learn Paul took the bold step of applying for the role and, much to his surprise, was successful. Paul later learned that it was his personal attributes that were sought, whereby the technical aspects of Risk Management could be more easily instilled through training and development.

Following his appointment Paul embarked upon a period of intensive training and development in every aspect of Governance, Risk and Compliance (GRC), including Risk Management frameworks, standards, systems, quantitative analysis, facilitation … the list went on. The pay-off, aside from the extensive learning gained (thanks to two exceptional mentors), was that Paul spend the next two years travelling the world educating different parts of the business in risk management, from Division Executive Teams right down through the ranks. It wasn’t long before the change project was hailed a success and the business was holding its own once more. And so a new challenge was sought.

Having been instrumental in the development of risk management policy, procedures, practices, systems, etc. and having witnessed the positive results of changing people’s perception of risk, Paul’s next role as Senior Corporate Auditor proved to be a good fit with the skills and experience he’d acquired. His grounding in risk management gave Paul the ability to apply his skills in any context and so Paul assumed a very broad audit remit covering just about every aspect of what constitutes a sound system of governance and internal control. Paul found himself working alongside business and functional leaders developing best practice, but this didn’t quite satisfy Paul’s desire. After 3 years in Internal Audit Paul had clocked up over 8 years of service with the same employer and so, having amassed a wealth of knowledge, skills, experience and confidence in his abilities, Paul felt ready to take on a new challenge.